Fleurette Bannon is full of life and comfortable with death. A volunteer for Hospice of Southern Maine for 9 years, she has been matched with 20 patients during that time. Fleurette approaches each volunteer assignment with an open mind and the belief that “there is always a lesson.” Since no two cases have been the same, she knows that a hospice volunteer must be willing to do whatever is needed in the situation, from praying to washing dishes.  (June – September 2009) 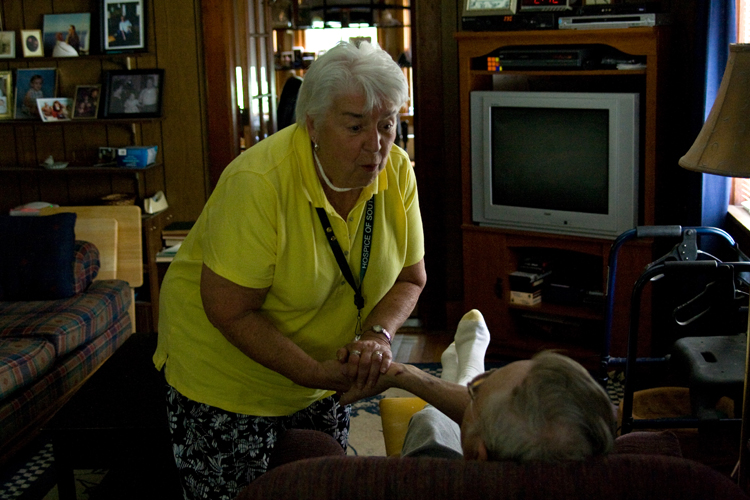 Twice widowed with two sons, 78-year-old Fleurette has visited Bob once a week since August 2008. 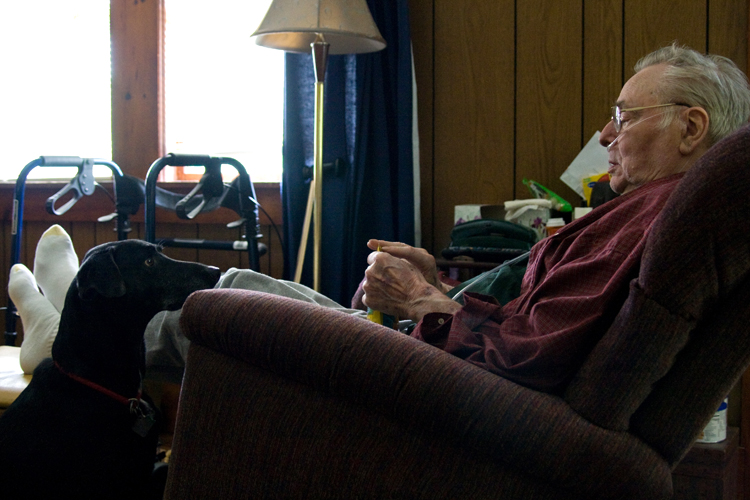 Not a typical hospice case, Bob is a patient in the “Living Well” program at Hospice of Southern Maine. The pre-hospice program for individuals with a life-limiting illness whose life expectancy is one year or less provides assistance in managing home life as the disease progresses. 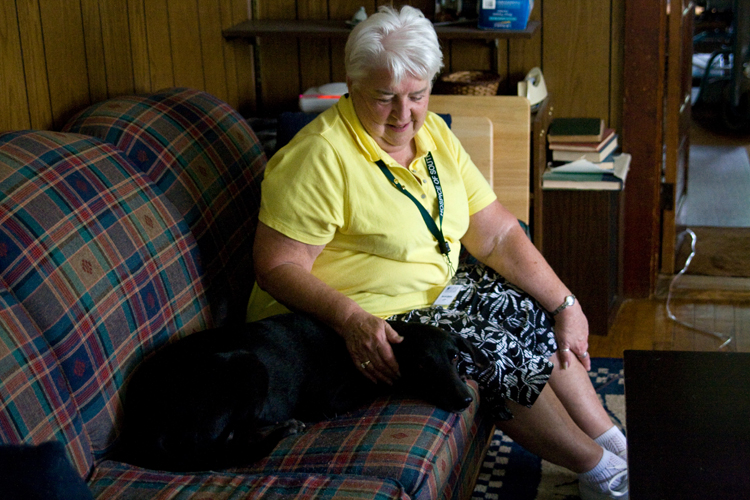 Fleurette and Bob’s sensitive dog Susie have also become friends over the months. 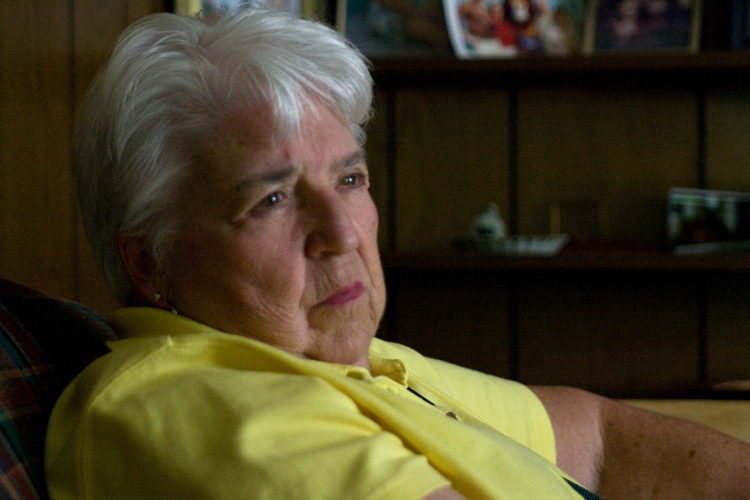 Fleurette spent 38 years working in the public school system as an elementary and kindergarten teacher and then a guidance counselor. One of her hospice volunteer assignments brought her into contact with a former student who told her “Mrs. Bannon, you were always listening back then, and you’re still listening now.” 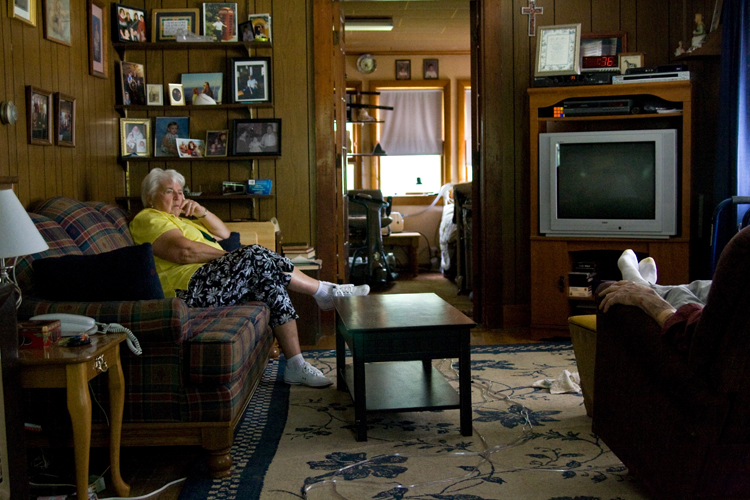 Bob is Fleurette’s first pre-hospice “Living Well” patient. She believes there is a lesson here for her but says, “I haven’t found it yet.” 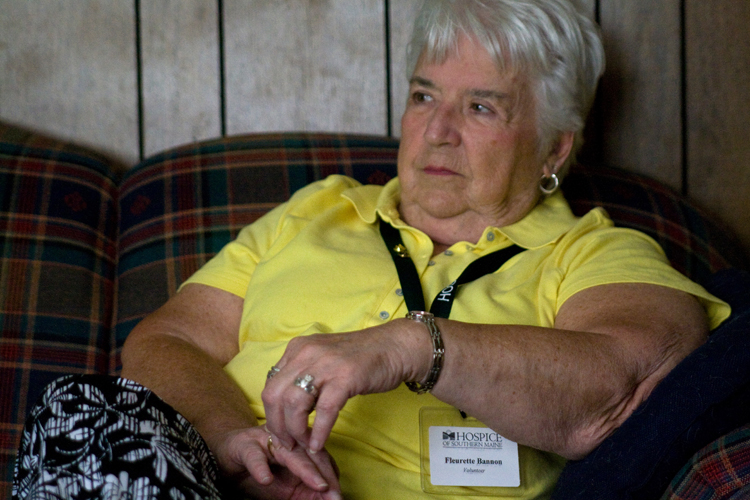 For Fleurette, her training and experience as a hospice volunteer have changed her own feelings about death. She says the fear and dread are gone, and she is comfortable with death as just a part of life. 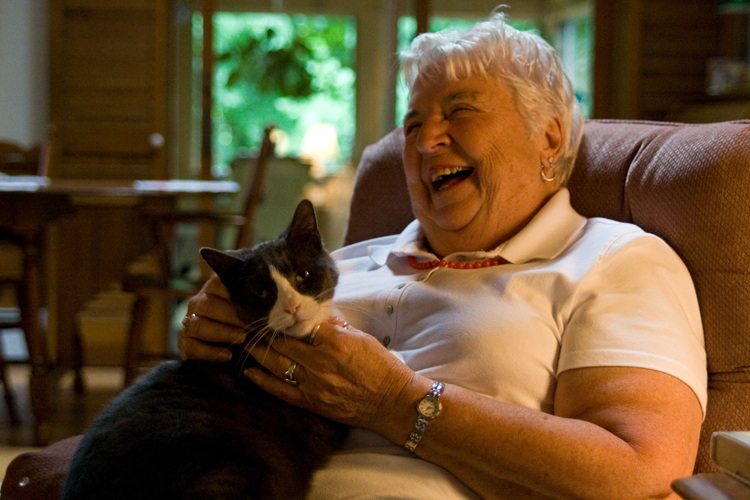 A Maine native, Fleurette lives with her 13-year-old cat Emmy in Springvale, ME. In addition to her hospice volunteer work, Fleurette is active in her church, teaches at Senior College, and is a board member at Caring Unlimited, a nonprofit organization working to end domestic violence. 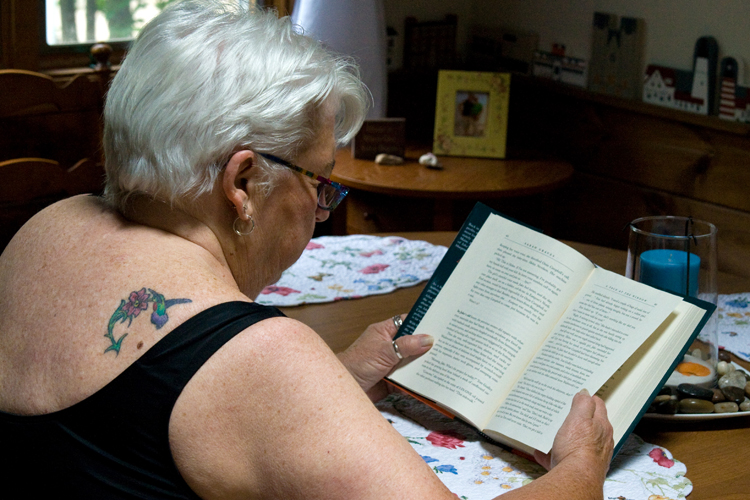 On her 75th birthday, Fleurette got her first – and so far only – tattoo. 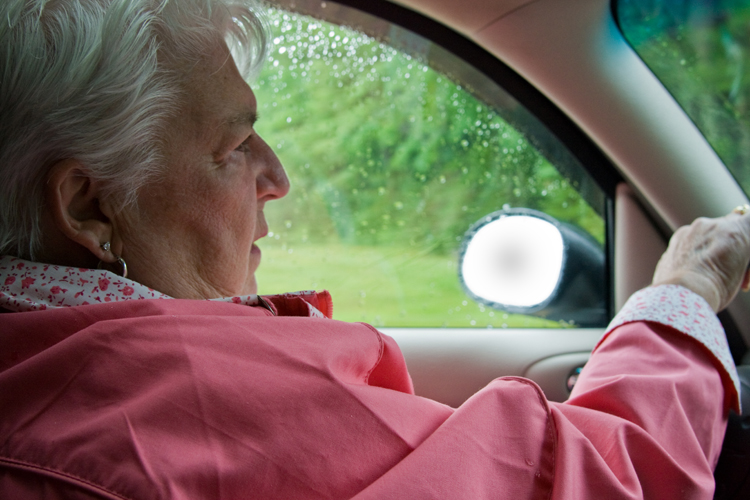 Just 37 years old when her first husband died, Fleurette recalls that although they knew for a year he was going to die they never talked about it or prepared for it together or said goodbye. When her second husband died in 2000, she says that talking about it, planning for his death together, and saying goodbye left her with no regrets. 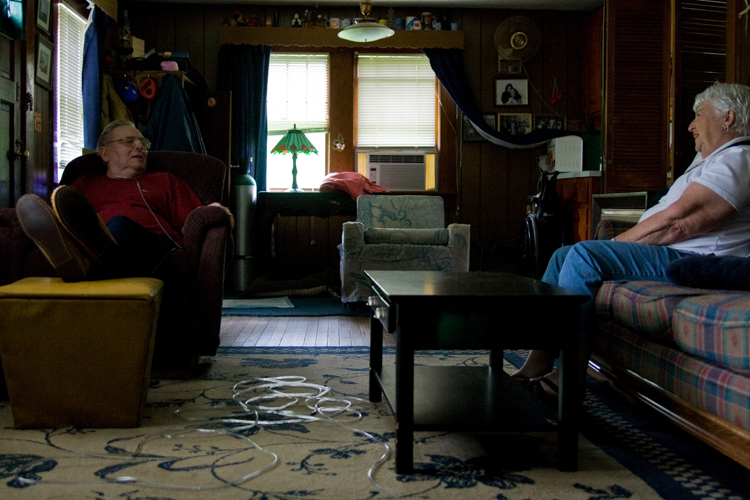 With some cases, Fleurette uses journaling after particularly difficult visits as a way of “working through things.” While some patients do want to talk with her about dying, others choose not to. 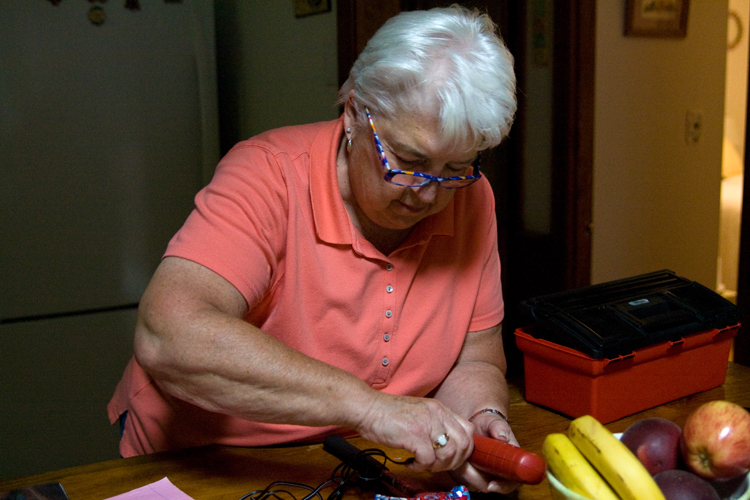 Fleurette describes her own feelings toward death now as acceptance. In American culture where we use “passed away” or other euphemisms to avoid even speaking the word, Fleurette talks about death and dying very openly and directly. 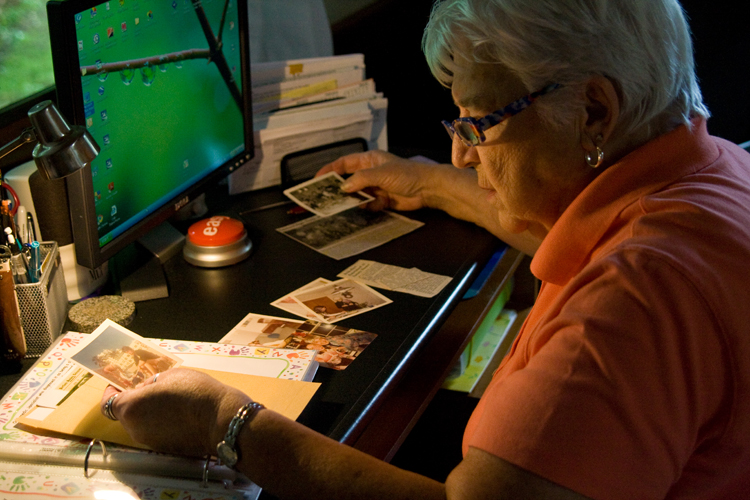 At Senior College, Fleurette teaches a memoir writing class. She is also working on her own memoir. Looking at old photographs is an excellent way to trigger memories and get the writing to flow, according to Fleurette. 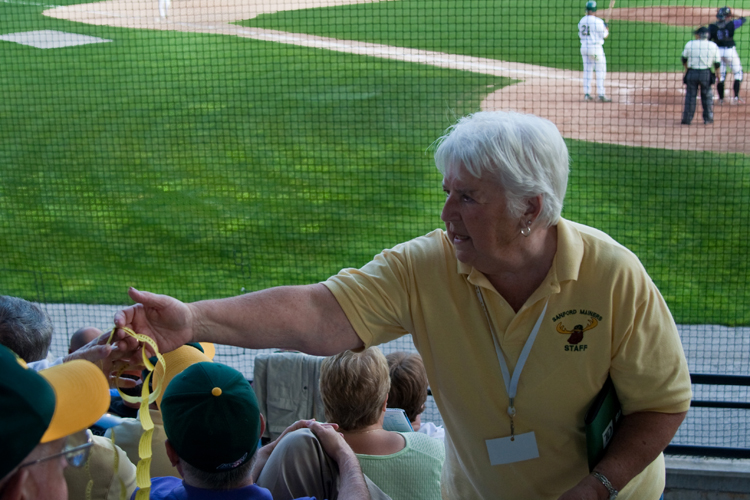 During the summer months, Fleurette volunteers at every home game for the Sanford Mainers baseball team. In addition to the game itself, she also enjoys being part of a popular community-wide event. “Everyone’s here,” she says with a smile. 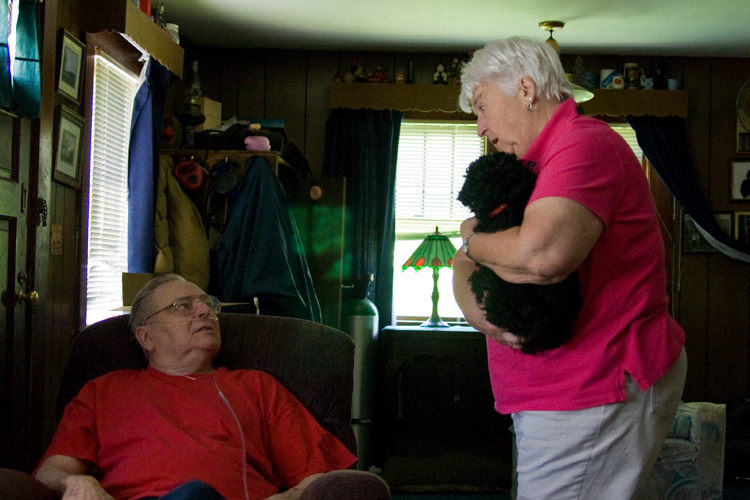 Fleurette says there was something about hospice that felt comfortable for her from the start, explaining that she never felt nervous even on her first volunteer visit. 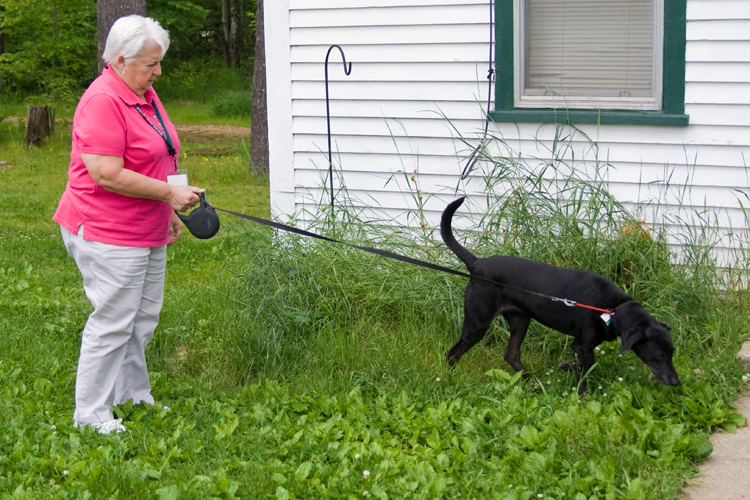 Fleurette does not have a particular goal in mind for each visit. She assesses the needs of the patient and family members on the fly when she arrives and is willing to do whatever she can to help out, such as taking the dog for a walk outside. 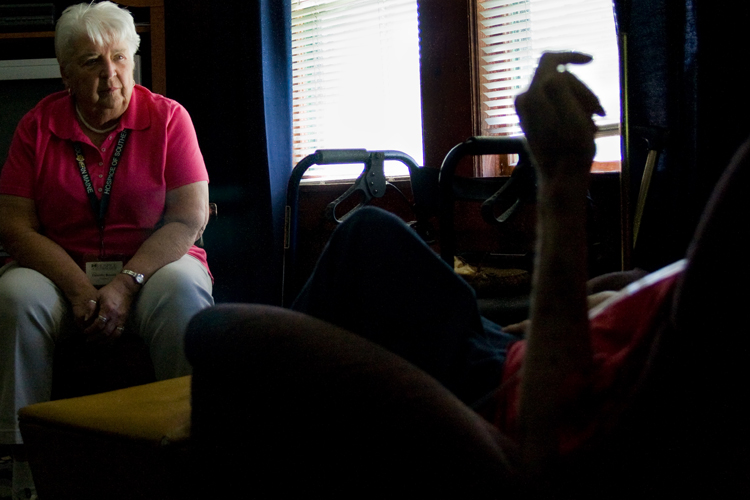 “Some cases I can remember every minute I’ve spent in the house,” Fleurette says. “Other cases, I don’t remember as well.” 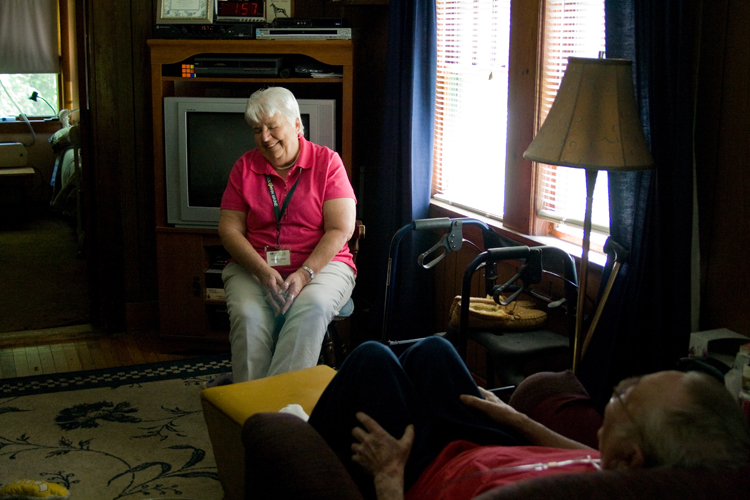 Fleurette finds the wide range of family dynamics that she encounters as a hospice volunteer truly fascinating. 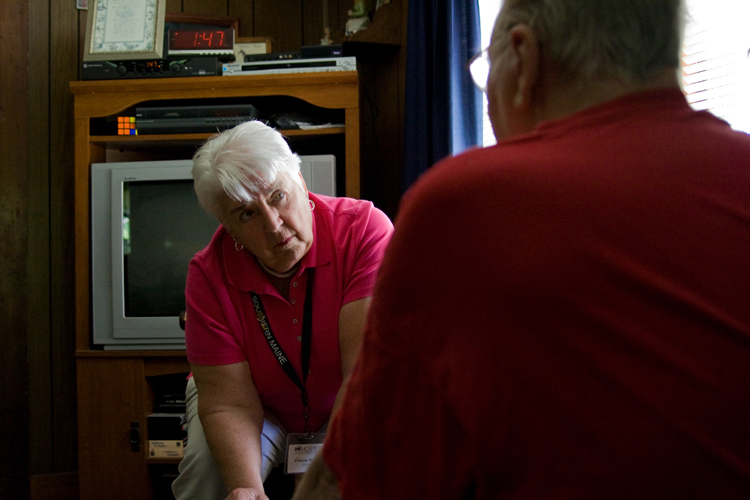 When her brother died from cancer in 1985, Fleurette saw firsthand what a difference a hospice volunteer could make for the whole family. Although several years passed before she became a hospice volunteer, her family’s experience had stayed on her mind. 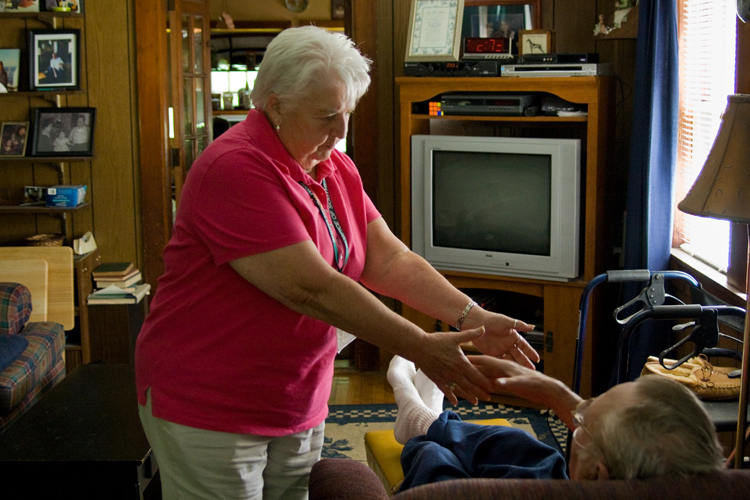 Normally, Fleurette’s time visiting with terminally ill individuals and family members can be measured in weeks or months; however, her longest assignment to date lasted for two years. 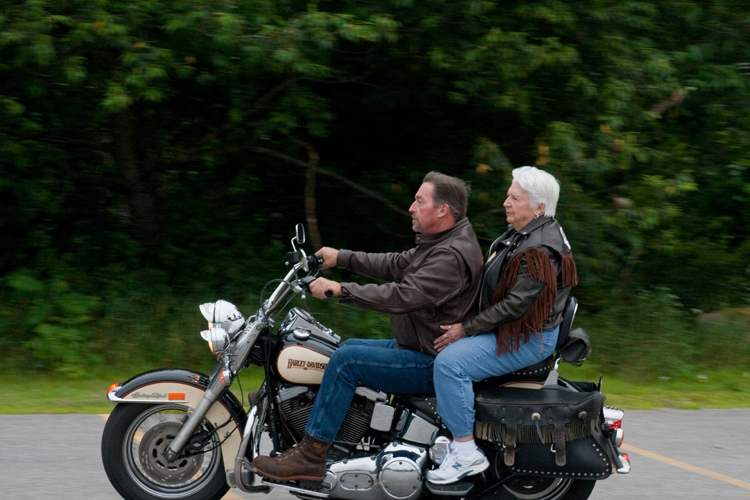 Fleurette enjoys riding on her oldest son Greg’s motorcycle every chance she gets. She took the plunge into the icy Atlantic in January three times, has been para-sailing twice, and hopes to take her first hot air balloon ride on her 80th birthday. 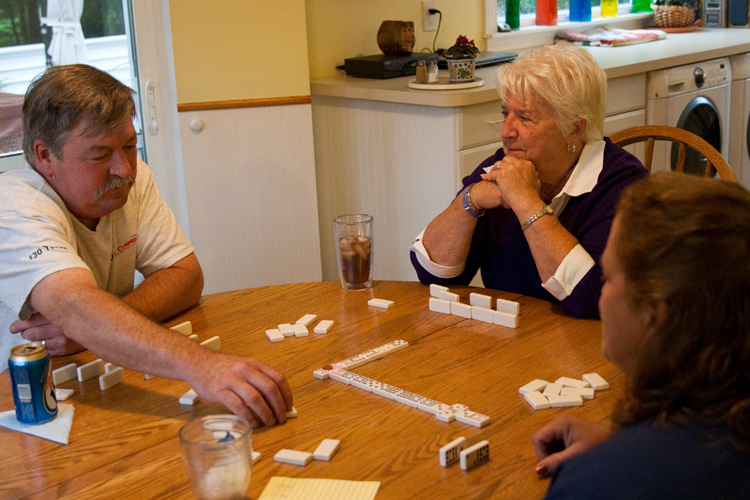 For Fleurette, spending time with family is an important part of her week. When the planned barbeque is rained out, a game of dominoes with her youngest son Sean and her daughter-in-law Anna is an acceptable alternative for a Saturday evening. 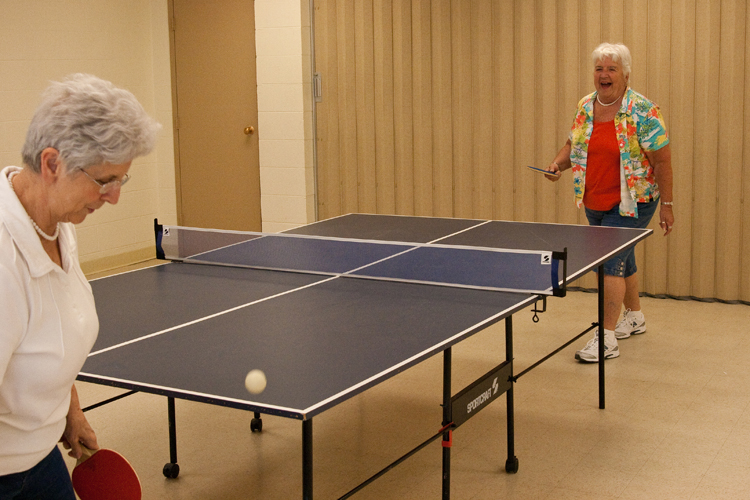 Fleurette and her close friend Shirley Ross play a spirited game of ping-pong at the Trafton Senior Center in Sanford, ME. The two women have been friends for almost 50 years and went through volunteer training at Hospice of Southern Maine together in September 2000. 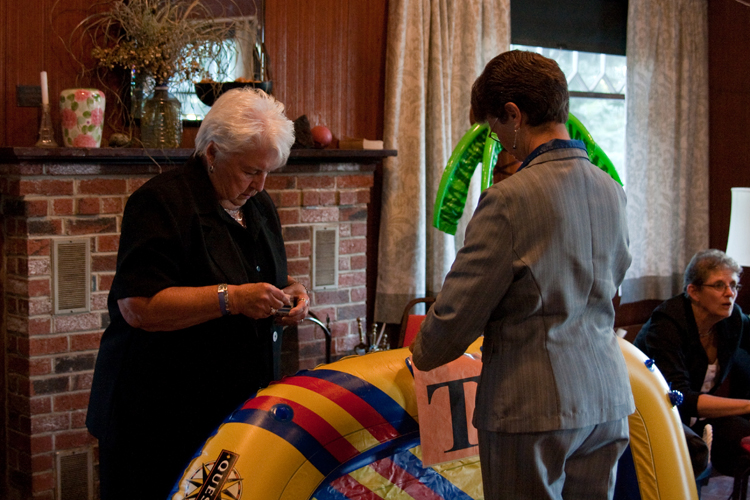 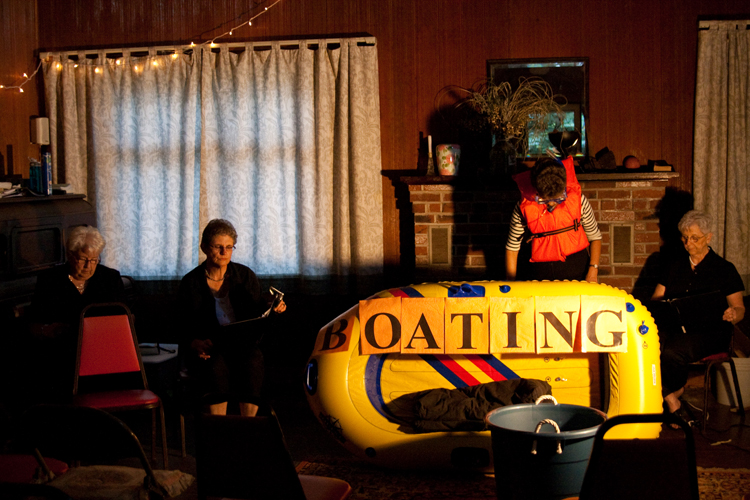 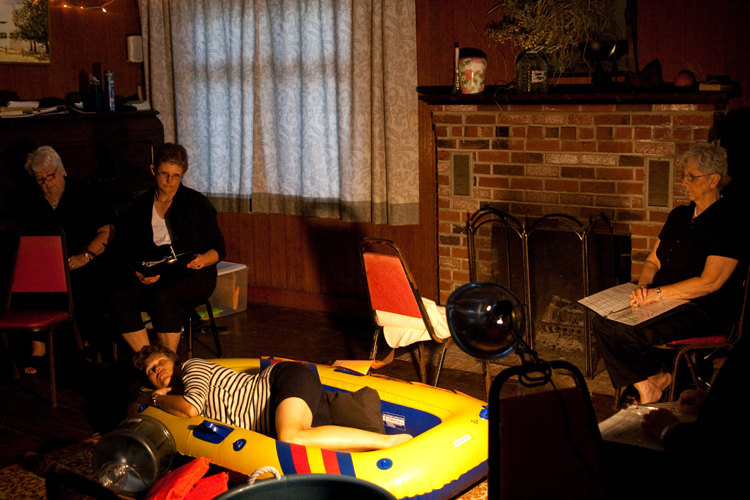 Originally designed as an educational tool for healthcare providers, the simple metaphor of the B.O.A.T.I.N.G. play communicates on a deeply personal level about end of life care decisions, something that has or will impact everyone. Frequently, audience members are moved to tears.