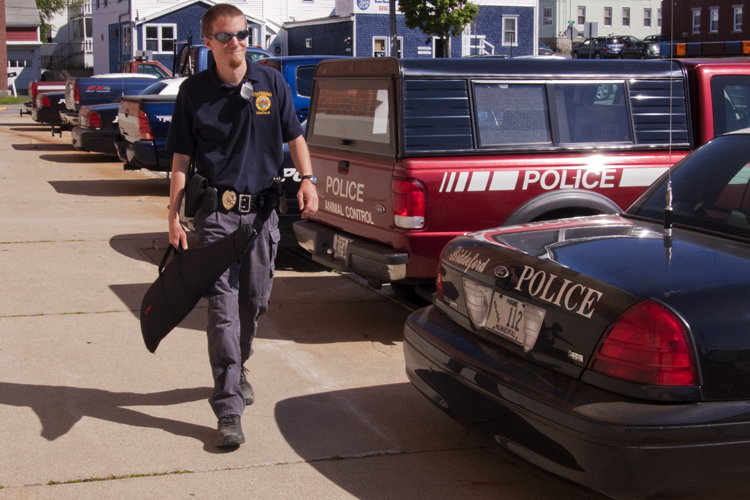 Garth became the Animal Control Officer in Biddeford in August 2009. Previously, he was as an ACO in Portland for 3 years. Before becoming an ACO, Garth worked at a local animal shelter. He likes the enforcement aspect of the ACO job. “At the shelter, I couldn’t do anything to make people do what they’re supposed to do. Now I can do something about it,” he says.