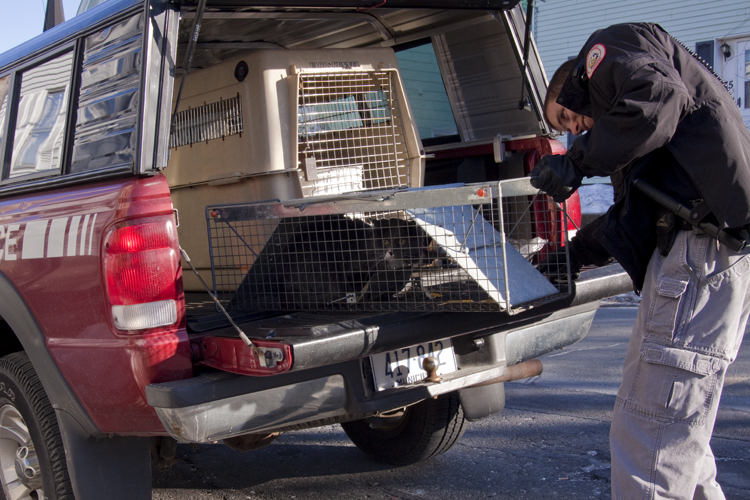 Garth frequently receives calls to pick up stray cats and dogs, which he takes to the animal shelter in Kennebunk. Far more often, he is handling stray cats and kittens. He estimates that for every stray dog he picks up about 100 stray cats. Because cats can be tricky to catch and get stressed very easily, Garth will often set a live trap and return later to pick up and transport the animal inside the trap.